Mercedes-Benz has launched its flagship luxury model, the S600. 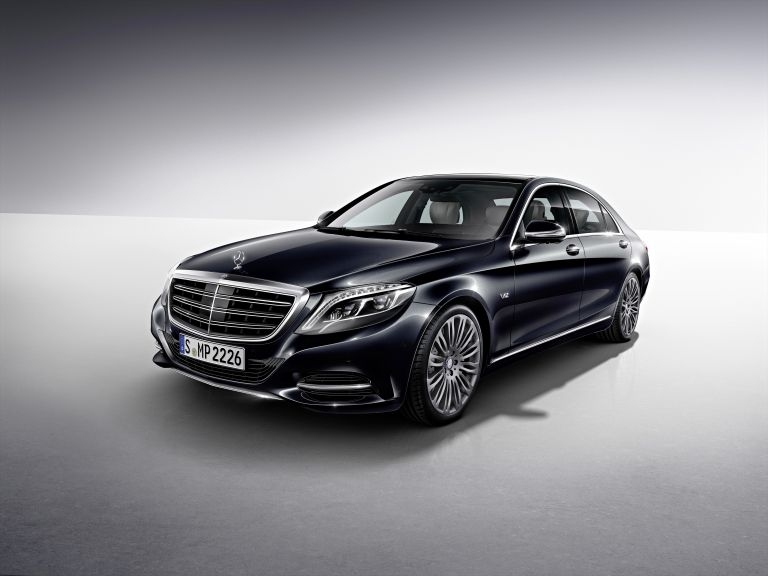 The car is brimming with so much active safety technology that it can pretty much drive itself, but giving the S600 full autonomy would rob owners of its greatest feature — its 6-liter, bi-turbo V12 engine. And what an engine it is. Bigger and more powerful than the V12 that graced the outgoing model — 530 hp, 830 Nm of torque and a 0-62 mph (100kph) time of just 4.6 seconds — yet lighter and more fuel efficient. It will guarantee exactly the right levels of performance on tap at exactly the right time, whatever the prevailing road conditions.

But thanks to its Magic Body Control suspension the car shouldn’t roll in the corners or feel anything other than smooth for the rear-seat passengers. Further ensuring a comfortable ride is something called Road Surface Scan that alters the car’s set-up to suit the driving surface — silky tarmac or cobblestones or concrete.

The car has a host of systems, from Collision Prevention Assist Plus to Active Lane Keeping Assist that work together to keep the car safe from front and rear-end collisions, to help drivers avoid obstacles, and track the movement of other vehicles around the car. In fact, it has so many active safety and driver assist features that it is just one or two regulatory changes away from being able to taking over the driving completely.

It knows which lane it’s in, is aware of cars joining the road from slip lanes and can brake in such a way that it stops short of the vehicle in front but at just the right speed to make sure the car following also has enough time to stop too, without crashing.

But that is the S-Class’s reason for being. It is not only Mercedes-Benz’s flagship car, each new imagining of the luxury executive sedan serves as the pinnacle of what is possible in terms of automotive technology at any given moment and gives consumers a taste of what they can expect to find in their cars in the near future. Inside, it’s the same story. Two displays have been integrated into the dashboard that offer digital representations of the dials but can also display other crucial or necessary driver information. The infotainment system has also been upgraded to feature a new controller that will be immediately familiar and intuitive to anyone who owns a smartphone that uses finger taps, gestures and even handwriting recognition. Or, simply talk and the car will respond to vocal commands.

Then there’s the full-color head-up display that projects the car’s speed, and navigation information onto the windshield — directly within the driver’s field of vision to minimize potential distraction. The Mercedes Benz S600 will be available to order in the US and Europe from March and can be specified with the standard or extended limousine wheelbase.