The British car firm teases the next generation of Phantoms by revealing the aluminum frame of the new luxury saloon’s body, due out in 2018. 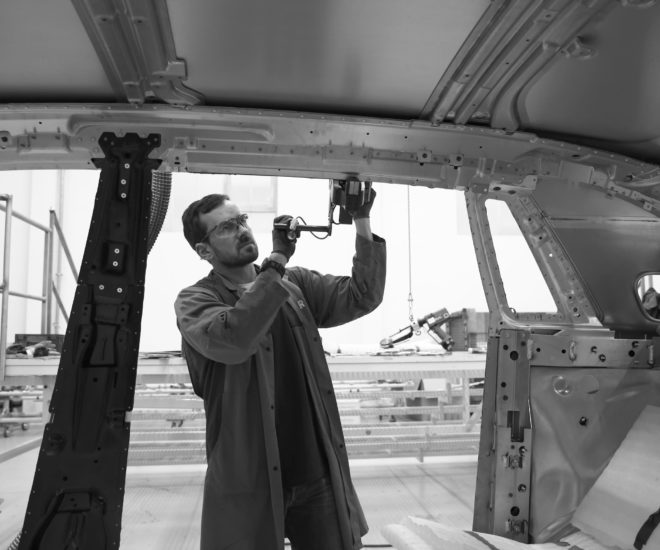 The “best car in the world” is about to get even better – except we don’t exactly know how much exactly. We’re talking about the Rolls Royce Phantom, of course, and the British car-manufacturer has given us a first look (well, kind of) of the new luxury saloon in its latest teaser image.

Set to replace the current Phantom in 2018, the image sees a craftsperson meticulously working on the eighth-generation car’s vast aluminum shell. “I am proud and excited to confirm that a new Phantom is on the way — and it will be a contemporary and beautiful Phantom befitting of its role as the flagship of global luxury,” said Torsten Müller-Ötvös, Chief Executive Officer, Rolls-Royce Motor Cars.

While Rolls Royce expected interest in its existing Phantom to wane after news of its new flagship was released earlier this year, demand for its completely bespoke current-generation Phantoms has actually increased exponentially. The company now has plans to postpone the closure of its order book from December to early next year instead.

“The huge level of demand for Phantom VII, which we will fulfil well into 2017, clearly demonstrates that the Rolls-Royce customer and patron of true luxury will accept no compromise when considering the purchase of a super-luxury motor car,” said Müller-Ötvös.