An immersive Rimowa F13 experience will also be available at the brand’s Mandarin Gallery duplex, Singapore, until August 28. 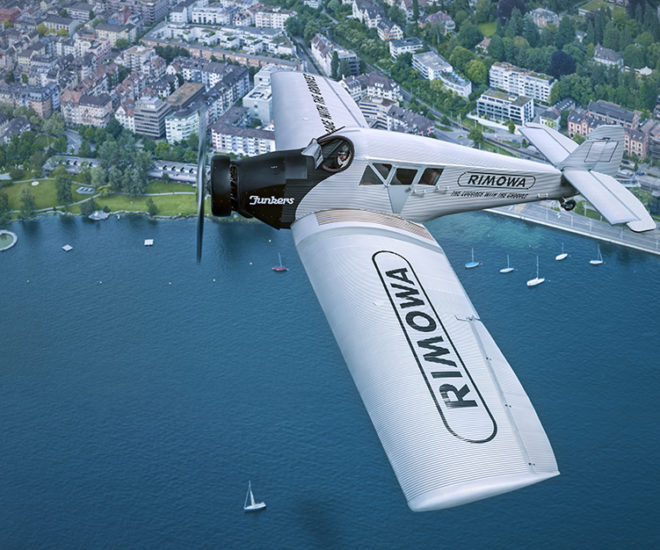 Secure your seat belts because luggage maker Rimowa is taking flight – quite literally – and heading in a different direction. Meet the Rimowa F13, an aircraft produced (obviously) by the German luggage brand. Rather than remaining as a sitting duck in musty old museums, however, the Rimowa F13 is meant for the skies. Come September, the aircraft will take its maiden flight. The quality luggage label certainly sets its sights high.

Gear up for a mini history lesson. The aircraft is a tribute to the legendary Junkers F13 aircraft, which revolutionalized the aviation industry as the world’s first all-metal passenger aircraft in 1919. Coincidentally, Rimowa is similarly renowned for producing the first metal suitcase with grooves using Duralumin – yes, the same material favored in the Junkers 13 plane. With the Rimowa F13 touting itself as the rebirth of the Junkers 13 a decade later, the luggage label has seemingly come full circle. For those of us who can’t afford a private plane, fret not, for one can still indulge in an all-immersive Rimowa F13 experience. Even if you can afford a private plane, the aircraft is still in the production phase and won’t be available until the end of the year. From July 15 to August 28, Rimowa’s newly-relocated Mandarin Gallery duplex in Singapore will open its doors for guests to interact with rare behind-the-scenes photography, as well as its first ever permanent animated window display. A majestic 20-feet by 11-feet model replica of the airplane will also be displayed in the heart of Orchard Road from July 15 to August 7. This is vicarious living at its best. Rare and authentic heritage cases will also be on display in-store, like this Rimowa suitcase, which sports a design that precedes the house’s signature grooves incorporated in the 1950s.

While a private plane might be slightly out of reach (for now), one can however get one’s hands on a specially designed trunk. Customized by a local artist, the Rimowa Tops Cabin Multiwheel now comes in six exclusive designs. Price upon inquiry only.