A Saudi millionaire splurged $136000 on a vintage bottle of Louis Roederer Cristal over the weekend at glitzy Cavalli club in Dubai. 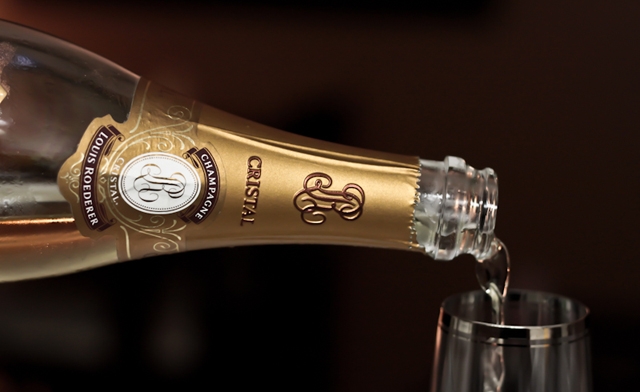 A Saudi millionaire splurged $136,000 on a bottle of champagneat Dubai’s glitzy Cavalli club over the weekend, a UAE newspaper reported on Tuesday.

“The Saudi Arabian and his friends guzzled” a bottle of Louis Roederer Cristal in the early hours of Saturday morning, the 7DAYS newspaper said.

The vintage bottle was “one of just three believed to be available worldwide,” the paper added. The other two were for sale at nightclubs in New York and London.

According to 7DAYS, the Cristal bottle was from a “batch made in 1990 in Champagne, France,” originally intended for the Millenium celebrations.

Club’s manager David Lescarret would not divulge the Saudi’s total bill for the night, saying only that it was “very high” and included a “luxurious dinner.”

The manager said the Cavalli club bought the champagne at a Christie’s auction house in London at a cost of around $93,000.