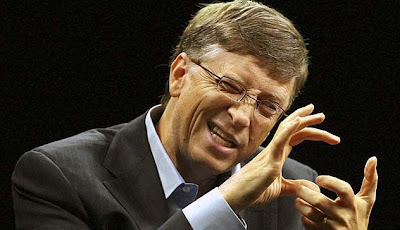 According to Forbes, whose list was published late Wednesday, the golden 400 have 1.3 billion dollars net worth or more. However, the assembled net worth of the richest Americans rose by only 2%, or $30 billion, to $1.57 trillion this year. The average net worth of Forbes 400 members is $3.9 billion.

Forbes said that rising oil and dizzy art prices fuelled the entry of 31 new members into the ultra-rich club and the return of eight previous members.

Meanwhile, turmoil on the stock and housing markets saw 33 others drop off the list, including the former head of the troubled insurance giant AIG, Maurice Greenberg, and a former head of the online auction site eBay, Margaret Whitman.

Biggest gainers were led by New York Mayor Michael Bloomberg who took eighth place with 20 billion dollars worth after a transaction put a new value on his Bloomberg media and financial data network.

About two thirds of the list are self-made billionaires and just over 10 percent are women (There are 42 women on the list with an average net worth of $4.2 billion), led by television star Oprah Winfrey whose fortune rose 200 million dollars to 2.7 billion dollars.