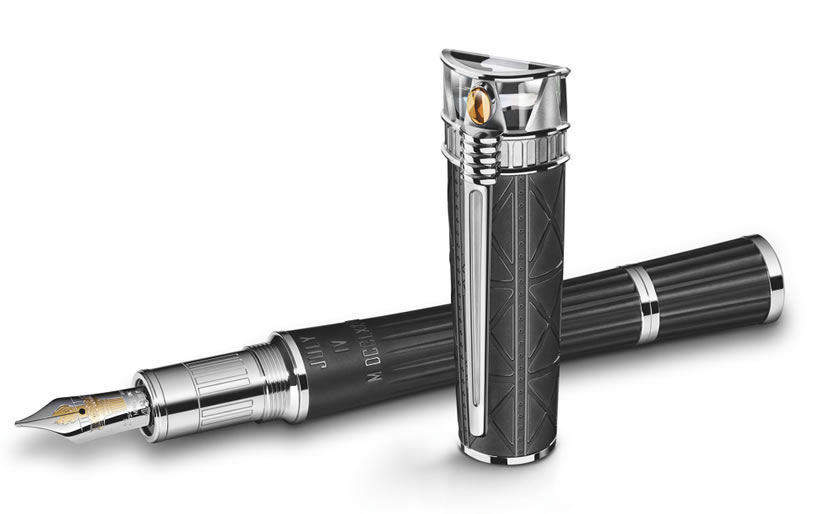 Montblanc pays tribute to the freedom of America with the launch of the Statue of Liberty Artisan Edition Writing Instrument.

This highly exclusive symbol of freedom is limited to 50 pieces around the world, symbolizing the number of states of the United States.

The intricate 750 solid gold fittings over the gray PVD coating covering the writing instrument is inspired by the elements of the neoclassical sculpture.

The barrel is engraved with the official date of the American Independence Declaration in roman letters.

The cap symbolizes the crown of the statue in an abstract manner with a clip in the form of a torch enriched with a citrin jewel, which stands for the symbol of freedom.

The three-dimensional pattern of the writing instrument symbolizes the steel construction of the actual statue by Gustave Eiffel.

As a mark of the quality and craftsmanship of this piece, a mother-of-pearl Montblanc emblem is featured at the very summit of the writing instrument.