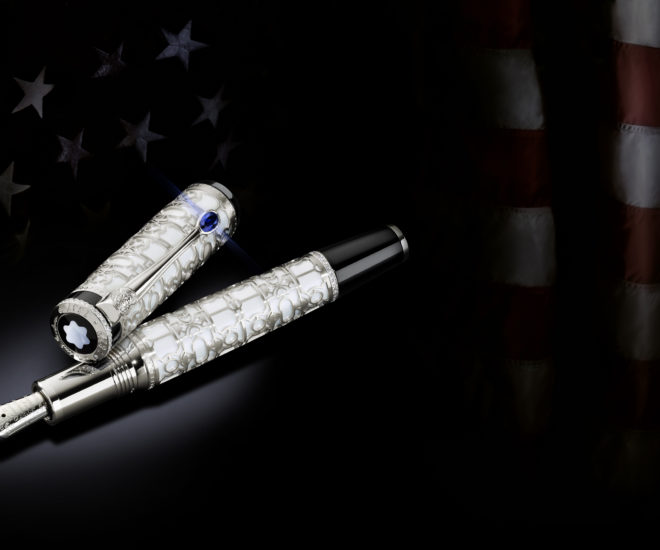 Fans of the Montblanc brand assembling in Washington DC for the upcoming inauguration will be able to purchase leather goods, cuff links, timepieces and signature writing instruments in a new pop-up location.

Obama’s first inauguration address from January 2009 has also been bound especially for the event and will be on sale in the store.

Scheduled for January 21, the event will see Chief Justice John Roberts swear the president in for a second term after his November 2012 victory in the US elections.

Huge crowds are expected to assemble on the US Capitol for the historic event, as the 44th US president, and the first-ever African-American to occupy the Oval Office, is sworn in for a second term.

A selection of other historic presidents including Thomas Jefferson, Andrew Jackson, James Madison and John Adams, will also appear on Montblanc’s ‘America’s Signature for Freedom’ collection of limited-edition presidential pens, available at the pop-up. Thornwillow Press has produced a hand-printed book titled “A Presidential Miscellany” for the occasion (pictured below).

Obama fans with deep pockets can also purchase the official medallion set for $7,500. Those whose budgets won’t stretch to a Montblanc pen can also get an official inauguration souvenir pen for $30.

In an added interactive element, visitors to the stand will be encouraged to use Montblanc stationery and pens to write letters to the president that will then be hand-delivered to the White House by the St. Regis Hotel’s team of butlers.