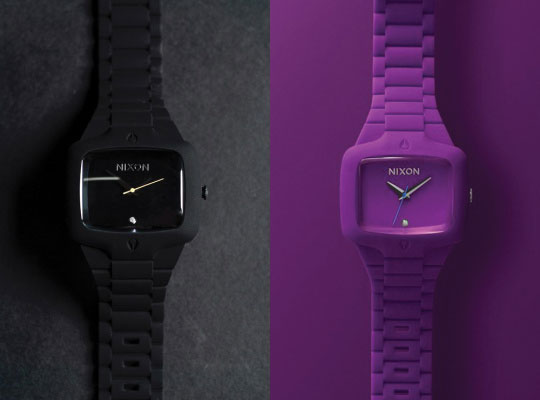 Nixon debuts two new color-ways of their popular Rubber Player watch model: black and purple, featuring their usual subtle silhouette. Both can be found at 80spurple at retail price of $170. 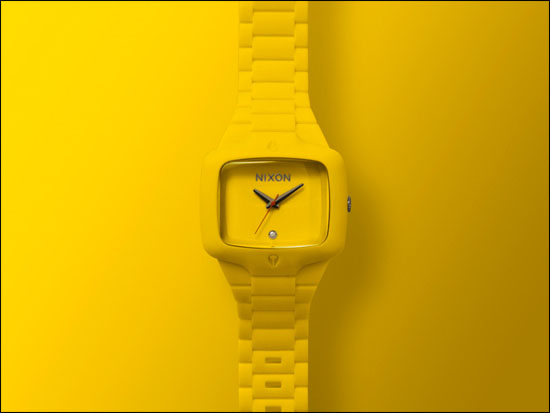 Weâ€™ve seen green, blue, and red, now have the fourth and final colorway of the limited Nixon Rubber Player. Personally, I find the Yellow Rubber Player much more attractive than the previous three releases – the color just seems to pop out more. It takes the same shape and design as the other three other […] 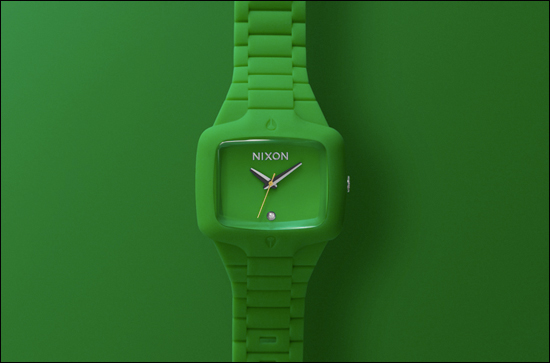 Back in March Nixon surprised us with its â€œ4 x 4â€ Rubber Player Collection whereby they will introduce 4 Rubber Players in a single colorway to the world. On the 15th of each month from March to June a new surprise color will be released. Participating shops will be shipped only 4 Rubber Players each […] 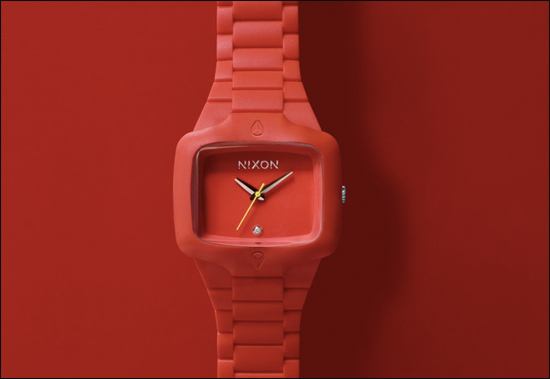 Now that the Blue Rubber Player has sold out, Nixon is releasing the next color in the Limited Edition Rubber Player 4X4 line swathed in Red. There is still two more months, and two more colorways to be seen. Each Nixon dealer has only received four watches each, so make sure you scoop one up […] 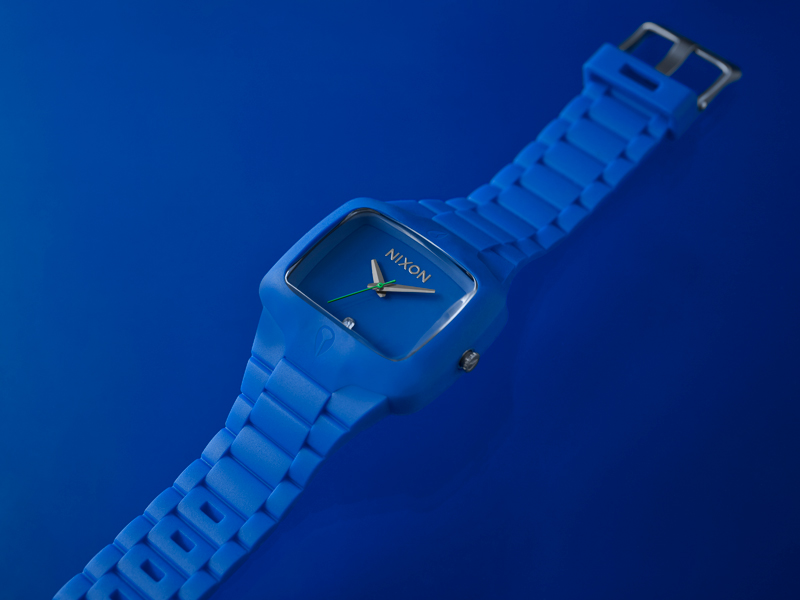 One of Nixon’s most popular styles, The Player, has been a fixture of the line for the last seven years and has seen a number of iterations in styles and colors. This year Nixon’s “4 x 4” will introduce 4 Rubber Player sporty watches for men on a single colorway to the world. On the […] 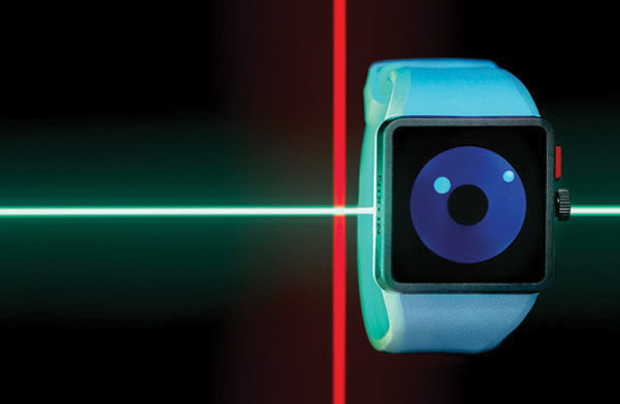 The Newton by Nixon

The Newton watch, from Nixon, is presumably named after Sir Isaac himself, with itâ€™s dots in planetary orbit depicting the time. The Newton seems to take its inspiration from contemporary art and minimalism with a rotating dot mechanic that replaces the minute and hour hands. $100.