New Airbus can fly London to New York in one hour

The US Patent and Trademark Office recently approved an application from Airbus for the new jet, which will travel at 4.5 times the speed of sound. 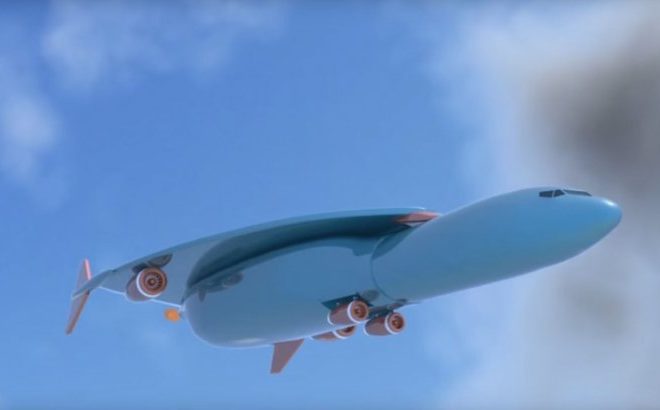 French aircraft maker Airbus has filed a patent for a hypersonic jet capable of flying four and a half times faster than the speed of sound.

According to Business Insider, Airbus filed an application last month to patent an “ultra-rapid air vehicle and related method of aerial locomotion”.

The proposed jet could fly from London to New York in an hour, three times faster than Concord, the retired supersonic jet built by Airbus’s predecessors – France’s Aerospatiale and British Aerospace.

Airbus expects it to be powered by various forms of hydrogen stored on board the craft. Three different types of engines would power the jet to its cruising speed of more than 3,000mph (4800 kilometres per hour).

A pair of turbojets would get the plane get off the ground. After leaving the runway, it would climb vertically with an extra boost from rocket engines.

The turbo engines would shut down at some point and retract into the belly of plane. The rocket motor would take the plane up to an altitude of more than 30,500 metres.

The rocket motor would then shut down and retract into the fuselage. A pair of wing-mounted ramjets would kick into service and propel the plane to a top speed of Mach 4.5.

As with the majority of patented ideas, it’s unlikely the jet will ever enter production, according to Business Insider. But technology derived from the hypersonic plane could make its way into Airbus’s other projects.