TomTom and Nike announced on Tuesday a new edition to the GPS SportWatch line, a sleek new version in white and silver. 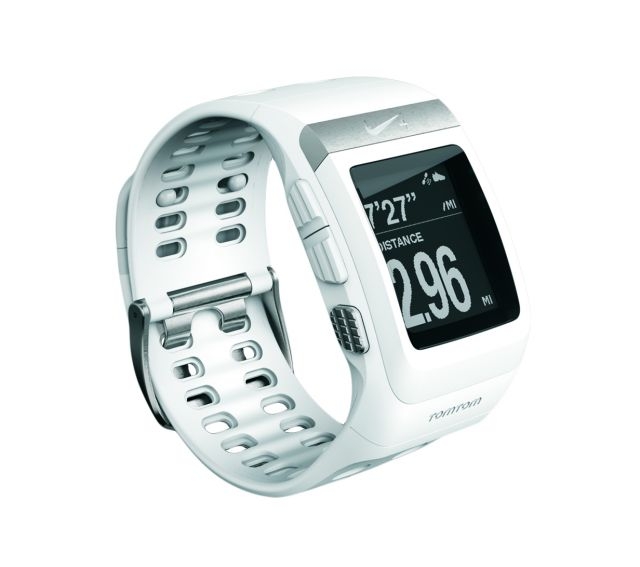 TomTom and Nike announced on Tuesday a new edition to the GPS SportWatch line, a sleek new version in white and silver (above) following the summer’s splashier release of day-glo colors (pictured below).

The version was originally designed specifically for the Olympic Games for athletes including US sprinter Allyson Felix and UK long-distance runner Mo Farah.

Using the watch, wearers can track position, speed, distance traveled, and calories burned, in addition to their workout history and personal best records.

The watch also has motivational features including run reminders and inspirational messages to help encourage runners before and after running sessions.

The Nike+ Sportswatch also turns your running distance into “universal units” called NikeFuel, which allow you to compare your total exertion while running and performing other sports, and compare them with those of your friends.

That means that if your friend plays football, NikeFuel allows you to directly compete with him or her even if you’re just running.

The Nike+ Sportwatch, along with a shoe sensor, is now available from Nike or TomTom and other retailers starting at $149.