Mercedes introduces their new… surf board!

Two new, innovative surfboards are currently being built in collaboration between Mercedes-Benz and the world-class Hawaiian surfer Garrett McNamara. 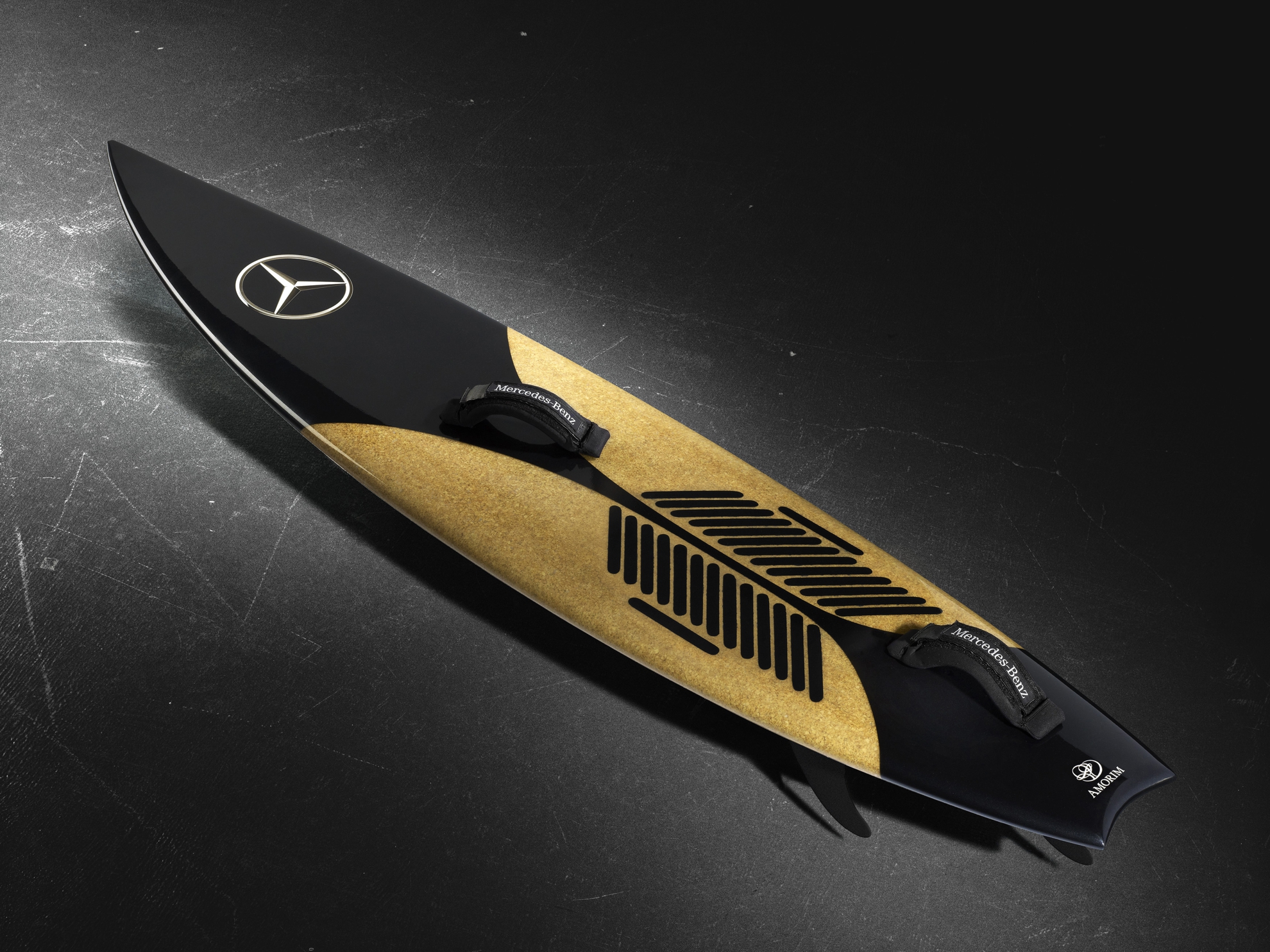 Joining forces with world-class Hawaiian surfer Garrett McNamara, MERCEDES-BENZ is producing two surfboards designed for riding the big waves and McNamara plans to take them to the Portuguese coast.

The series, called MBoard, started in 2013 the first time McNamara and Mercedes-Benz collaborated on a project, which resulted in four boards and a telemetry system, which clocked McNamara at 62.4 km/hr surfing in Nazaré, Portugal.

The first of the new boards is made from cork supplied by the world’s largest cork producer, Portugese company Corticeira Amorim. It’s completed and already in McNamara’s hands.

Next up is a board made of aviation foam that McNamara transported from California to Germany for Mercedes-Benz to use to create the board. The material is special because the board will not need stringers, the longitudinal reinforcements marking the seam in construction.

This way, according to McNamara, the board will be able to handle the powerful forces of the biggest waves while offering flexibility in them.

The boards were made exclusively for McNamara and there are currently no plans to make them available to the public.