For the second World Cup in a row, Louis Vuitton has designed a bespoke case to hold the solid gold World Cup trophy. 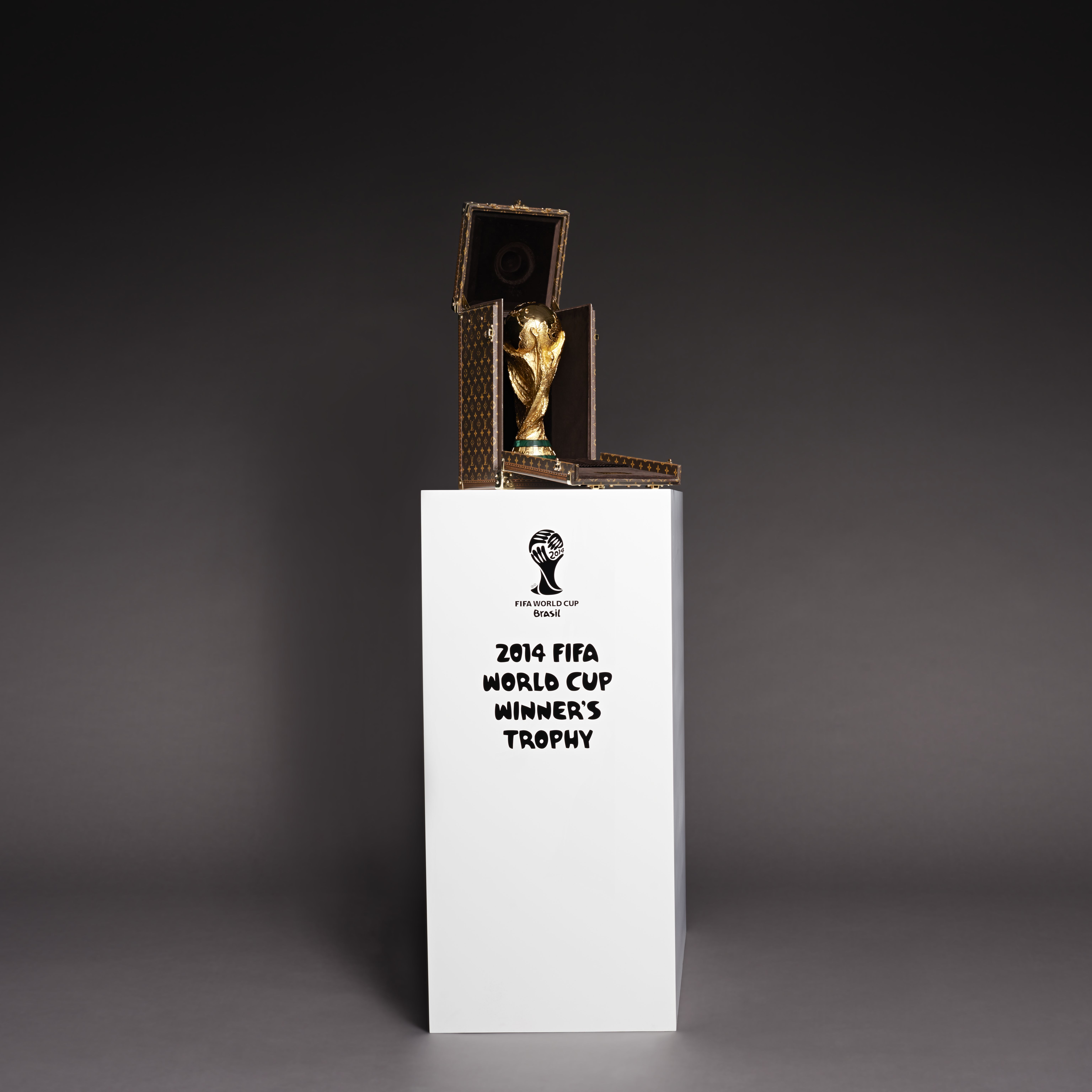 Louis Vuitton’s handiwork will be broadcast around the world when the World Cup trophy is taken out of its bespoke monogram case and presented to the winning captain following the final of the global football bonanza.

It will be the second time the Louis Vuitton case has been used, following on from the 2010 finals in South Africa. Commissioned that year by FIFA, the case was handmade in the brand’s Asnières, France workshops and was custom-designed to fit the 36cm high, solid gold and malachite trophy. As with all Louis Vuitton trunks, the case is covered in the classic monogram canvas, with a brass lock and reinforced brass corners.

Previous special commissions include a portable tea service for the Maharaja of Baroda as well as the case for the silver ewer of the America’s Cup, the world’s oldest sporting trophy, which dates back to 1851.