Cruise ships are, at the most basic level, floating hotels that move under their power and the Rio Olympic Games has enlisted their help. 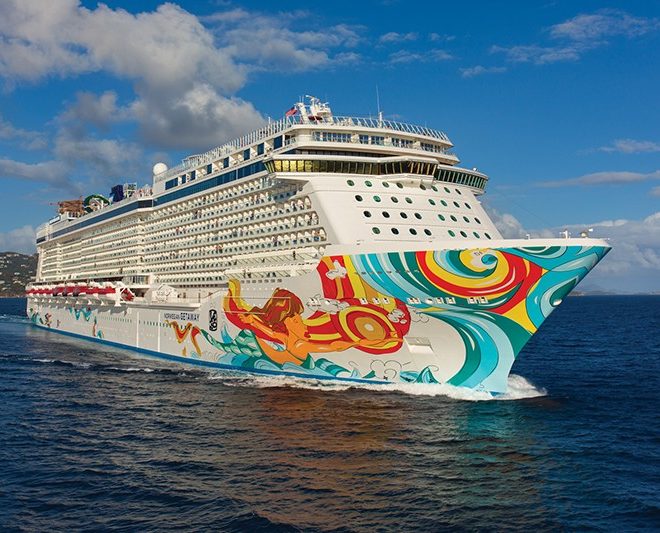 Cruise ships are, at the most basic level, floating hotels that move under their power and the Rio Olympic Games has enlisted their help. A few cruise liners have assumed an important alternative housing role at the Games, in light of the questionable conditions reported at the Olympic Village.

Less than two weeks out before the start of the games, Team Australia issued a scathing statement about the inhabitable conditions of their assigned apartments that included blocked toilets, leaky pipes, exposed wiring, darkened stairwells and dirty floors.

Not long after, other international teams joined in the chorus of discontent, with Argentina, Egypt and Kenya likewise complaining of basic plumbing and electricity problems.

Following repairs, Team Australia moved into the village this week and made nice with Rio’s mayor with the gift of a toy kangaroo. But while athletes could be making do with questionable living conditions, members of the Olympic committee, federation and corporate sponsors will be staying aboard a Norwegian Cruise ship, which has been transformed into a floating hotel that will be anchored in Rio throughout the games.

The project to bring the Norwegian Getaway to the Olympics began in 2007. The vessel will provide 2,000 additional guest rooms throughout the games.

The Norwegian Getaway features the industry’s first open-air promenade, designed to connect guests with their ocean surroundings. During its regular sailings in the Caribbean, the ship can accommodate up to 4,000 guests and features 25 dining options. Amenities include a fitness center, rock climbing wall and one of the biggest casinos at sea.

Meanwhile, Team USA’s basketball team won’t have to deal with any plumbing issues, as team officials had planned ahead to sleep their star athletes in a luxury cruise liner.

Throughout the games, the players will be housed aboard the Silver Cloud liner by Silversea Cruises, described as a yacht-like vessel that can accommodate up to 296 guests.

It is not the first time the US basketball team has rented out a cruise ship for an Olympics game. At the 2004 Athens games, the athletes boarded the Queen Mary 2. The decision to sleep their stars elsewhere also stems from the athletes’ unique build: At 7-feet (2.13 m) tall, dormitory-style beds fall short of meeting their needs.