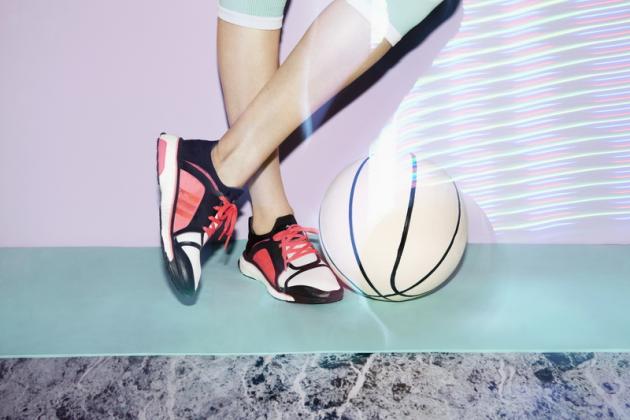 The limited-edition shoe features the new Boost cushioning technology, which the company claims provides the highest energy returns on the market.

The base of the shoe features thermoplastic beads fused together, resembling a wedge of Styrofoam and supposedly keeping a consistent bounce in your step – all for the price of €200.

Struthio features a chunky sole similar to Energy Boost but with more feminine lines and in a bright color scheme (pink, black & white) “to cheer you up during your races.”