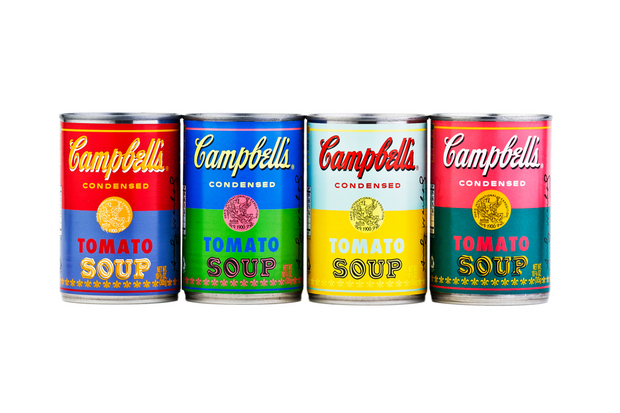 The limited edition of the condensed tomato soup cans have labels derived from original Warhol artwork.

The four specially-designed labels were conceived to represent the artist’s pop-art style using strong color combinations like orange and blue, and pink and teal.

The cans will be available starting September 2 at Target stores in the US for $0.75 per 10.75 ounce can.

The set of 32 canvases were presented by Warhol in 1962 at his first solo gallery exhibition held in Los Angeles, and since then they have become a symbol of the artist’s career as much as the pop art movement. “I used to have the same (Campbell’s soup) for lunch every day for twenty years,” the artist said back then.

Campbell’s Soup company, which initially considered taking legal action against the artist, has sold Warhol-inspired cans on two other occasions.

Back in 2004 the company sold 75,000 four-packs of Warhol-inspired cans at Giant Eagle, a supermarket operator based in Pittsburgh. In 2006, the company sold 12,000 units at Barney’s in New York during the holiday season.