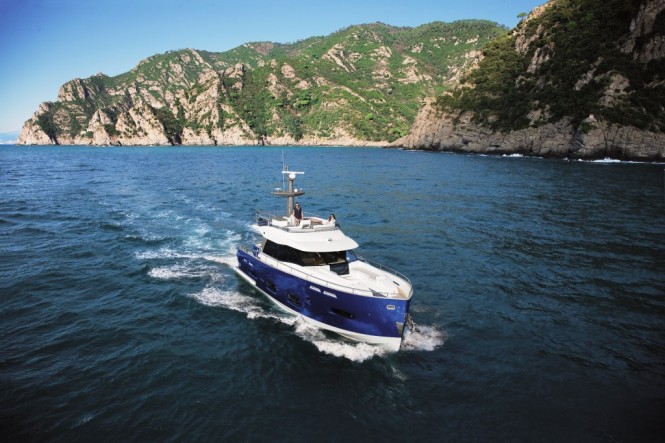 Magellano 50, as the first long range 50 foot yacht in the world that acquired the RINA Green Plus certification, shows its respect towards the marine environment with its eco-compatibility as a motor yacht. At the speed up to 8 knots per hour with electronic engines, Magellano 50 is able to sail continuously in total silence under its exquisite design. The maiden voyage ceremony was featured with the combination of Chinese and western elements, where a fashion show has been put on, and maiden voyage traditions such as worship, piglet cutting and the smashing of Champagne bottle have been preserved. As the world’s first 50 foot motor yacht, Magellano 50 sets a precedent in many aspects such as its four alternative layouts below deck and outdoor bow salon, designed where styled sofa area can be made for owners to enjoy the view. Simpson Marine is delegated as the agent of Magellano 50. According to its founder, Mike Simpson, “with the rapid development of Chinese yachting market, yachts will sure turn into an essential social status label in the near future”.