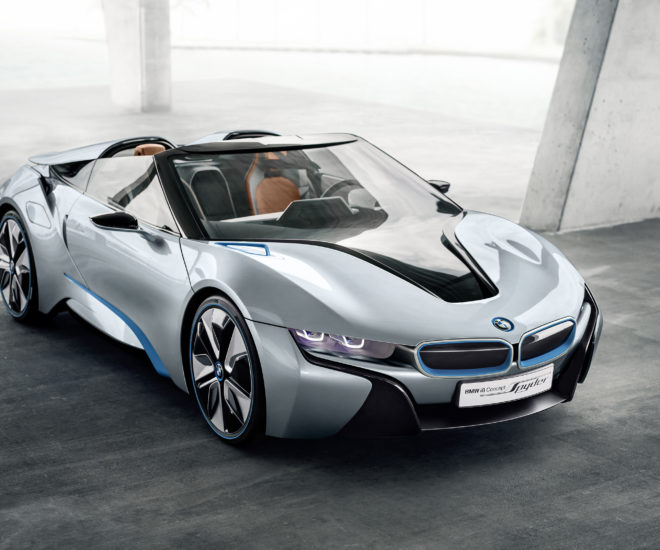 After the news of Porsche’s all-electric planned offering, the Internet is abuzz with news of more design-forward green vehicles, this time from BMW. The Munich-based automaker will soon be unveiling a new concept car to pave the way for a convertible version of its i8 electric sports car. The AFP, via Autocar, reports that the concept will be revealed at the CES 2015, which will be held in Las Vegas in the US from January 6 to 9, 2016. It will be directly inspired by the first BMW i8 Spyder concept, which was presented at the Beijing Auto Show in 2012, but never went into production. You can read Autocar‘s original take here.

2016 could therefore see a third model added to the BMW i offering which currently consists of the small electric i3 city car and the i8 hybrid sports model. Launched in 2011, BMW i is a brand that is separate from the German group, offering both premium and visionary cars that are fully or part electric and inspired by sustainable development.

The BMW i3 is a small fully electric coupe with autonomy ranging from 130km (in Comfort mode) to almost 200km (EcoPro+), with zero CO2 emissions due to its 170hp electric motor powered by a lithium-ion battery. The BMW i3 can be equipped with an autonomy extender as an option. This takes the form of a 34hp two cylinder gasoline engine, placed next to the electric motor above the back axel. This extends the autonomy range to a maximum of around 300km. The BMW i3 can be charged at a public charging station or using a conventional socket.

The BMW i8 presents itself as a real sports car with a gasoline engine and an electric motor, totaling 362hp (respectively 231hp and 131hp) with a top speed of 250km/h and acceleration from 0 to 100km/h in only 4.4 seconds. In fully electric mode, it has an autonomy of almost 37km and a maximum speed of 120km/h. Its average fuel consumption is 2.7l/100km, i.e. CO2 emissions of around 49g/km.

The rumor of a cabriolet version of the BMW i8 is not new. This “BMW i8s”, or “i8 Spyder”, could be one of the major announcements made by the brand to mark its centenary in 2016. Compared to the BMW i8, this two-seater could have an even more sporty design, with a new suspension and wider tires. It could have a maximum of 500hp according to reports by specialist websites.