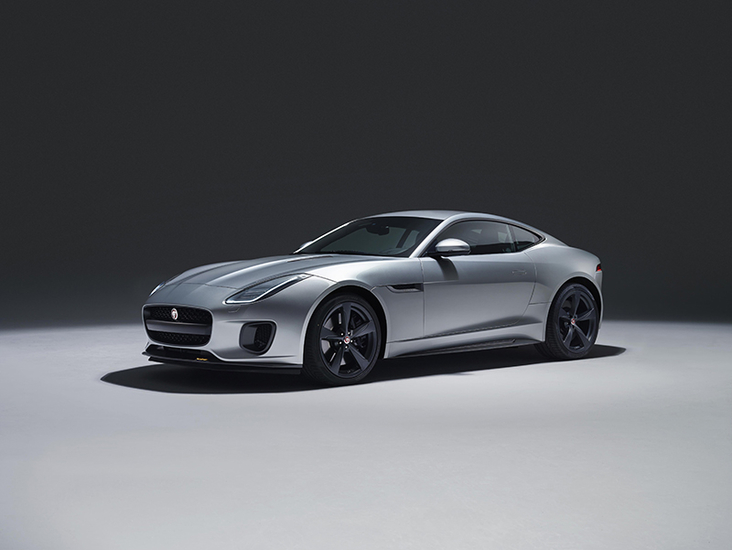 A new derivate of Jaguar‘s potent coupé the F-Type 400 Sport is on its way. But if you want one, you’ll have to be quick. The new version will only be available for one year and then production will cease. Those that get one will find a 3-liter supercharged V6 under the hood with 395bhp on tap, a premium interior with chrome trim, a special exterior paint finish, bigger brakes and new 20-inch alloy wheels.

Customers will be able to plump for rear-wheel or all-wheel drive, manual or automatic transmission and for a hardtop or soft-top version. But regardless of transmission or roof material, the 400 Sport will come as standard with a system that will let the driver customize throttle response, damping rate on the suspension and the ferocity of gear changes.

As for those that aren’t looking to upgrade their performance coupé this year, there is still good news as a host of the new features the 400 Sport is due to usher in will be coming to the existing range.

They include subtle updates to the front end and wholesale changes inside. The cabin now boasts lighter seats and a raft of technological advances including GoPro action cam integration via the new ReRun app. Simply connect your GoPro, head to the track and hit record. The resulting footage will have information such as vehicle speed, g-force, accelerator position and selected gear automatically overlaid.

There’s also good news on the driver aid front. The car will now come with a semi-automated park-assist function. As well as maneuvering the vehicle into a parallel parking space, its sensors can tell the driver if the space being driven past is large enough to accommodate the car — a brilliant feature for those that live in major cities.

Since the F-Type launched in 2012, it’s clinched numerous design awards and has been key in re-establishing Jaguar on the world automotive stage. The company broke all sales records in 2016, selling 148,730 vehicles (up 77% from 2015) and will be looking to set new records over the next 12 months. Creating more derivatives of the F-Type to suit driving style — there are now 22 variations of the car available — will certainly help in this regard.

“It is particularly pleasing to see the Jaguar brand setting impressive new sales records,” said Andy Goss, Jaguar Land Rover Group Sales Operations Director. “I am confident that in 2017 our British line-up will continue to expand and delight in markets across the world.”