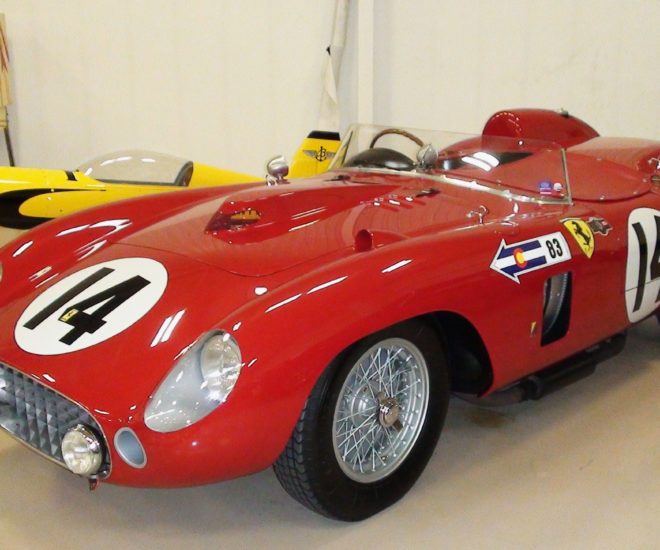 In recent years the classic car market outpaced all expectations to the point where a classic Ferrari built between 1955 and 1965 is literally worth roughly its weight in gold. For reference, a 1956 Ferrari 290 MM Spider (pictured above) weighs about 900kg and the price of gold per kg is roughly $34,000 (market rates December 29), which will become important to note in a moment. While you do the math on that one, just know that while vintage cars with the prancing horse on their hoods continue to command the highest premiums at public and private sales, trends and tastes are starting to change.

According to US-based classic car valuations and insurance company Hagerty, the market is starting to slow down, but that’s hardly surprising. In the US alone, a new record – $1.45 billion – for classic car spending was set over the course of 2015. And, $28,050,000 of that was spent on just one car, a 1956 Ferrari 290 MM Spider (Image credit: Ferrari – Flickr – Stradablog (3) by Tino Rossini from Toronto, Canada – Ferrari. Licensed under CC BY 2.0 via Commons). That made it the most expensive car to fall under the hammer this calendar year, and the entire top 10 for 2015 are also classic Ferraris, accounting for over 10% of all money paid for classics and collectibles over the period.

The world is running out of Ferraris to sell, and as a new generation of car collector comes of age, a noticeable change is starting to occur. “The market is still growing, but at a slower rate than we have witnessed in the past three years,” said McKeel Hagerty, CEO of Hagerty. “The notable exception is rapid growth among younger buyers who have entered the market and are exercising their buying power by spending on the poster cars of their youth.” As a result, prices paid for mid-1970s-era Porsche 911s has jumped 154% over the last year. There has been a 98% surge in value for that 1980s and early 90s supercar icon, the Ferrari Testarossa made famous by Miami Vice even though beyond its extravagant looks, it was considered a terrible car to drive. “A new era of later model performance cars from instantly recognizable brands have irrefutably proven that the term ‘collector car’ is not synonymous with ‘old car’,” continues Hagerty.

Nowhere is this more evident than with the first edition Aston Martin DB9. Despite still being in production as recently as 2009, prices have jumped 141% since the start of 2015, meaning that only the Porsche 911 has surged more in value in recent months. Hagerty’s data, which is based on auctions, private sales as well as its own insurance policies, also shows that there has been a 17% increase in clients adding classics from the 1980s onwards to their existing policies while fewer than 3% have added additional cars built before 1980.