Porsche has confirmed that the 2015 Porsche 911 Targa will debut next week at the Detroit Auto Show. 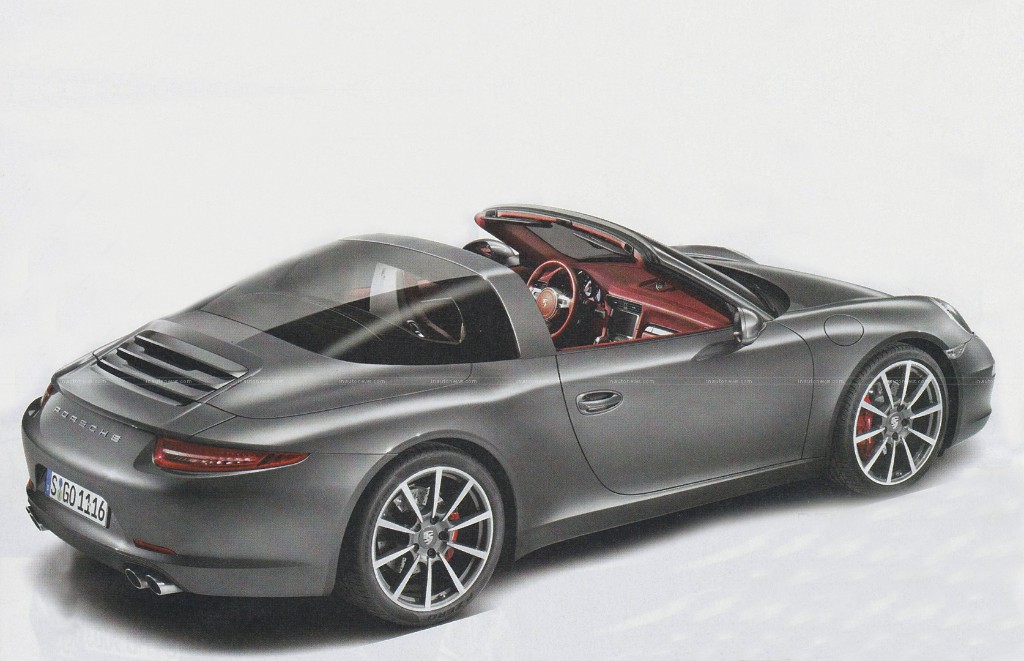 A picture of the Porsche 911 Targa has leaked onto the web, just days ahead of its official reveal at the Detroit Motor Show next week.

A semi-open-top version of the seminal sportscar will be retracting its roof in public for the first time at the North American Auto Show, which starts on January 13. Although the company isn’t releasing any teaser images, Porsche is promising that the new Targa, the latest edition to the seventh-generation 911 lineup, will be returning to its styling roots.

Recent Targas have featured a glass roof panel that retracts into a space between the rear seats and rear windshield for a ‘shielded’ open-top driving experience but the new model will see a return of the original Targa bar and distinctive wraparound rear window that debuted on the original 1965 model. Porsche will be streaming the launch live via www.porsche.com/detroit.