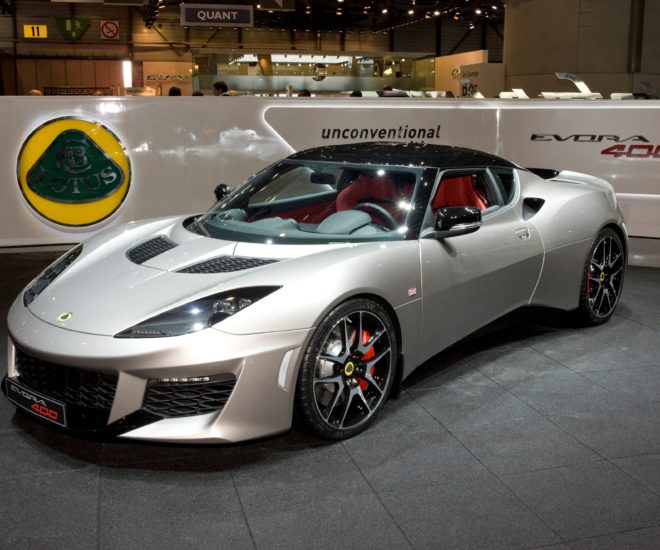 Lotus is launching an updated version of its Evora sports car at the Geneva Motor Show, which it hopes will further accelerate the company’s recent growth.

The model has been almost completely overhauled to include a supercharged and charge-cooled mid-mounted 3.5-liter V6 engine producing 400 horsepower and 410 Nm of torque.

“The Evora 400 is the fastest road-going Lotus that we have ever produced, possessing performance that can only be matched by cars costing significantly more,” says Lotus CEO Jean-Marc Gales.

The new Evora 400 will hit dealerships in Europe this August. It will launch shortly thereafter as a 2016 model in North America.

Pricing is to be announced.