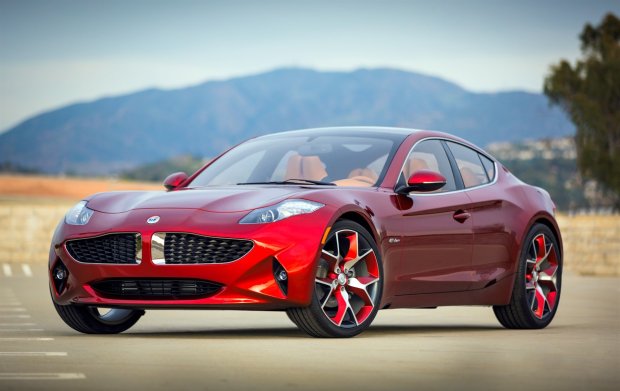 Fisker Automotive has unveiled its new plug-in vehicle at the New York International Auto Show, as it struggles to recover from setbacks with its Karma sedan.

The brand unveiled a prototype of the new Fisker Atlantic plug-in hybrid at the press preview of the New York show, promising that it would be less expensive and more fuel efficient than the $103,000 Karma. The four-door model is aimed at young families and will feature a similar powertrain type to the Karma and Chevrolet Volt, with a gasoline engine which kicks in to generate electricity when the vehicle’s on-board batteries run low.

The design of the prototype is similarly extreme as the Karma sedan, with a glass roof, long-wheelbase and a large grille at the front, with dimensions comparable to that of the Audi A5. Tom LaSorda, Fisker’s CEO, said that the Atlantic was part of a process that would see Fisker “transitioning from a start-up automaker to a fully-fledged mainstream car manufacturer.”

Production of the Atlantic is expected to begin at the end of the summer, LaSorda told reporters in New York, with pricing unconfirmed.