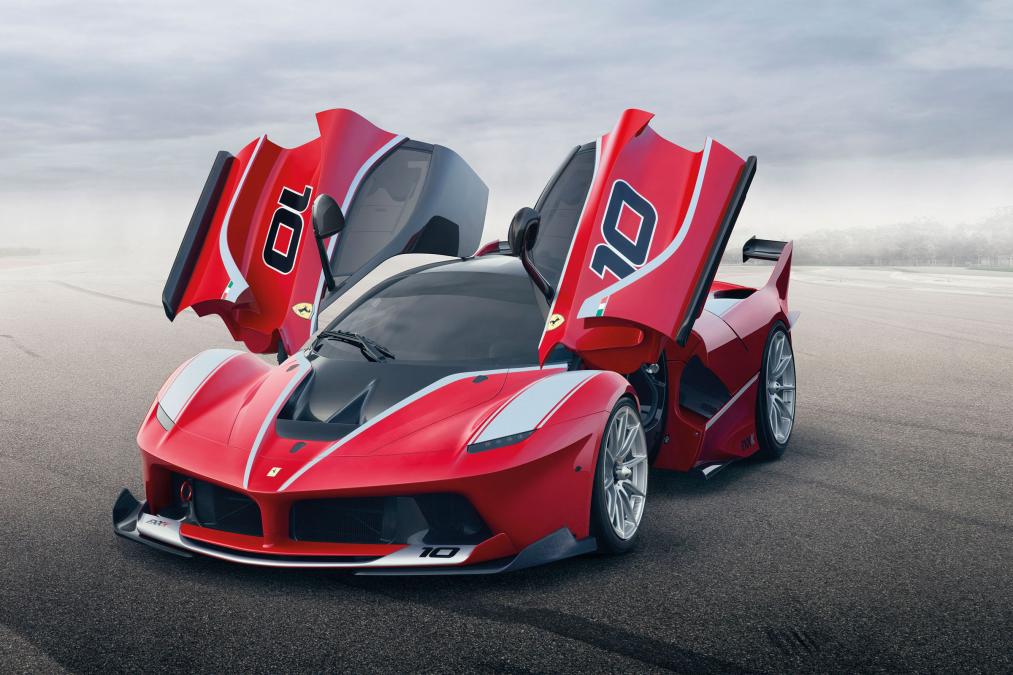 Ferrari has just taken the wraps off the race spec version of the LaFerrari hypercar, called the FXXK.

Scheduled to make its first real-world appearance at the Yas Marina Circuit in Abu Dhabi next weekend, FERRARI describes the car as “completely uncompromising” and promises that those lucky few that get to own one will get an “unprecedented driving experience.” The FXXK is 194mm longer and 59mm wider than the standard LaFerrari hypercar on which it’s based. It also delivers 1021bhp from its combination of a naturally aspirated 6.3-liter V12 and electric motor working in unison.

The Formula One-inspired KERS energy recovery system has also had some serious tweaks so that the driver has more control over how that energy boost is used. The ‘Qualify’ setting delivers maximum performance within a limited number of laps; while ‘Manual Boost’ will give the car an extra edge on demand, upping the torque levels to maximum at the turn of a dial.

The energy can also be returned to the car’s battery via the Fast Charge mode, or leaving the KES system in ‘Long Run’ mode will return energy, boost and acceleration consistently. If you want to buy a FXXK, you’ll need to be chosen for Ferrari’s driver development program so you’ll have to already have the standard LaFerrari in your garage in order to qualify for consideration.