The Ferrari 488 GTB and McLaren 570S have split the Red Dot jury, who bestowed both with best-of-the-best design status. 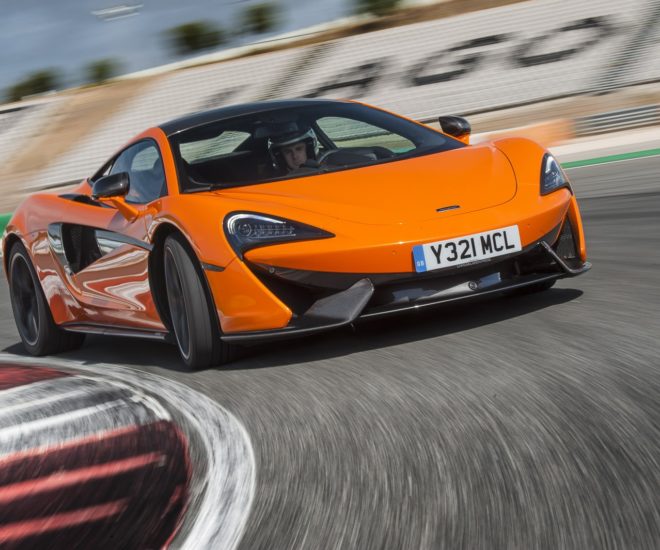 Which is better, a Ferrari 488 GTB or a McLaren 570S? Perhaps it is better and safer to split the difference on that question. It turns out that from a design perspective, even the jury of experts that decide the annual Red Dot awards and which, for the first time included legendary automotive designer Chris Bangle on its panel, can’t decide between the two.

Both supercars have been given top honors, a “Best of the Best” award in the product design category. Actually, it is a three-way tie and the third winning car is a bit of odd fit with the supercars but we digress…

Ferrari tends to scoop up a Red Dot award every time it launches a new car, but for McLaren, which has only been in business since 2010, it’s a huge achievement. “The 570S Coupe has enjoyed a fantastic reception since launching last year, and to be recognized by Red Dot with a ‘Best of the Best’ title is a real honor,” said the car’s Chief Designer Rob Melville. However, for those that believe innovative or desirable automotive aesthetics are still the preserve of dream car companies, the two mid-engine turbocharged V8 200mph+ supercars have this year been joined in the best of the best category by the Kia Optima.

Unlike the other winners, this is a practical, comfortable and affordable four-door sedan and crucially, one developed by a design team based in the US, Korea and Germany to ensure visual appeal.

“Our international design team has every cause to be exceptionally proud of these most recent awards,” said Peter Schreyer, President and Chief Designer of Kia Motors Corporation and Hyundai Motor Group.

In all, 5,200 items, from smart thermostats and stylish chairs to designer sunglasses and luxury pens, were entered for consideration in the product design category for this year’s Red Dot Design Awards.

Of that number this year’s 41-strong jury gave out the top honor – Best of the Best – to just 79 entries in total. The ‘standard’ Red Dot award was won by 1,304 products and a further 107 gained an “honorable mention”.

The full list of Red Dot winners across all 21 categories including for vehicles, will be announced in Essen, Germany at the Red Dot Gala and Awards ceremony on July 4.