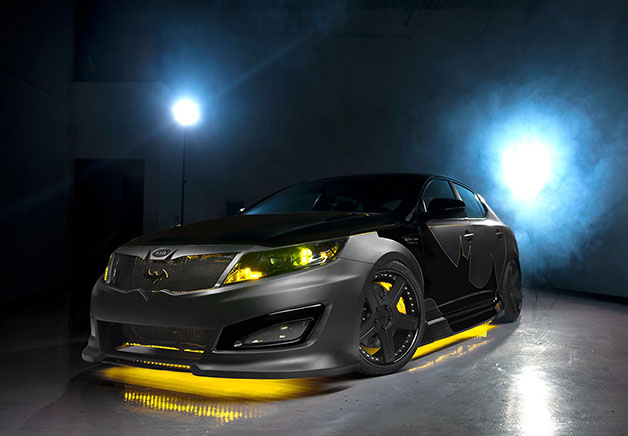 Kia Motors America has unveiled a Batmobile-themed Optima SX, the first in what is planned to be a long line of vehicles designed in partnership with DC Comics.

The Batmobile was designed by superstar comic book artist Jim Lee in partnership with Rides magazine. The vehicle is now on display at NYC’s Time Warner Center.

The customized Optima SX is the first of eight Justice League-themed vehicles, with cars inspired by Superman, Wonder Woman, Green Lantern and Cyborg expected to follow in the next few months.

All of these models are part of the campaign We Can Be Heroes, which aims to fight hunger in the Horn of Africa.

In the same spirit, Hyundai made a splash at San Francisco’s Comic-Con back in July with its anti-zombie concept based on the Elantra Coupé, designed in partnership with Robert Kirkman, the creator of The Walking Dead.