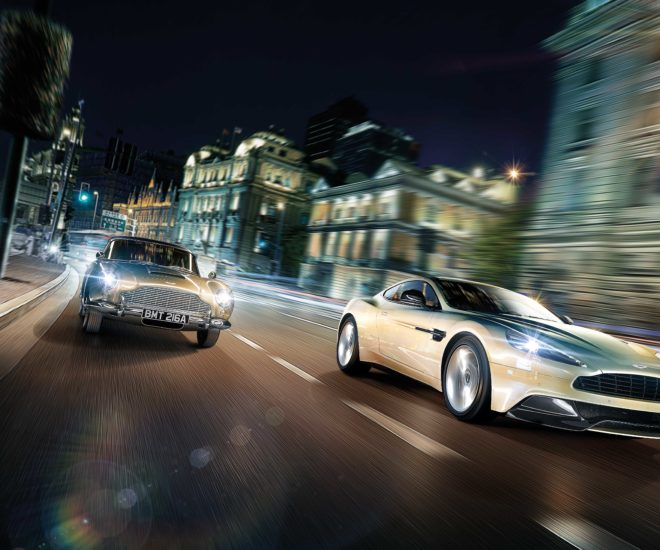 Shanghai, where old meets new every day, is the perfect foil for an encounter between the Aston Martin Vanquish and the Aston Martin DB5; nose to nose in elegant harmony, composed by photographer Andy Wee for our friends at Yacht Style. Also, the latest Bond film, Spectre, is out now so that gives us another reason to revisit the DB5… Aston Martin’s silver DB5, the iconic bond car,  made its first appearance in Goldfinger in 1964, and began a relationship that has lasted 50 years. With a six-liter V12 engine, the Aston Martin Vanquish has the acceleration of a Grand Prix racing car. The Aston Martin DB5 is super light, and is paired with a state-of-the-art engine that still impresses five decades later.